After being vocally trained at the Conservatoire Royal in Liège (Belgium) alongside Hélène Bernardy and the Ecole Normale de Musique in Paris with Daniel Ottevaere, Anglo-Belgian soprano Juliette Allen was invited in 2017 to join the « Opera Fuoco » company created by David Stern.

Juliette Allen caught the public’s attention in her performances of : Les aventures de Pinocchio/Lucia Ronchetti in the role of (Pinocchio – french version) with l’Ensemble Intercontemporain at the Chapelle Corneille in Rouen, the Philharmonie in Paris, the Lyon Auditorium as well as the festival « Musica » in Strasbourg in 2017. She premiered the Italian version at the Roma Europa festival in collaboration with the Opera of Rome in November 2018. Richard Löwenherz / G.Ph.Telemann (Berengera) at the Magdeburg Theatre, Germany in March 2018. Médée/L. Cherubini (Dircé) at Opéra de Rouen in May 2018. Les mousquetaires au couvent/L. Varney (Louise) alongside Lionel Lhote in Lille in  April 2017 and in Brussels in August 2018. L’occasione fa il ladro/Rossini (Bérénice) in Brussels in september 2017. L’Opéra de quat’sous/K. Weill (Polly Peachum) at the Palais des Beaux-Arts de Charleroi in 2014.

The 2018-2019 season provides her with the opportunity to sing Pinocchio by Lucia Ronchetti in French again in a tour including Nantes-Angers-Rennes Operas and in Italian in Tolentino, Macerata, & Rome as well as taking part in a creation of « Qui a peur du loup/Macbeth » composed by Aurélien Dumont and staged by Matthieu Roy , in a collaboration with Ars Nova instrumental ensemble and IRCAM, to be toured in France October-December. And also, « The Golden Bride » in the rôle of Toybe at the Örebro Concert Hall with the Swedish Chamber Orchestra conducted by David Stern.

The 2019-2020 season is almost entirely dedicated to the diptych «  Qui a peur du loup ?/ Macbeth » by Aurélien Dumont with shows taking place at the Opera of Bordeaux, Poitiers, Aubusson, Saint-Quentin en Yvelines, Opera of Nancy, Saintes, Mugron and at « Le 104 » in Paris for the ouverture of IRCAM’s festival. We also heard her  as Maggie in « Lady in the Dark » by Kurt Weill in February with Opera Fuoco Company. In March she was invited to sing a song recital in the festival Salons de la mélodie with pianist Virgile Van Essche in Brussels.

In 2020-2021 Juliette took part in concerts in Paris organized by Opera Fuoco, in November was supposed to be the end of the « Qui a peur du loup/ Macbeth » tour that ended up being canceled. March will announce her role debut as Eurilla in « Il pittor parigino » by Cimarosa at the « Mc2 » in Grenoble. She will also perform a song program during the festival Midi midzik at « La Ferme du Biéreau » in Belgium with pianist Virgile Van Essche. 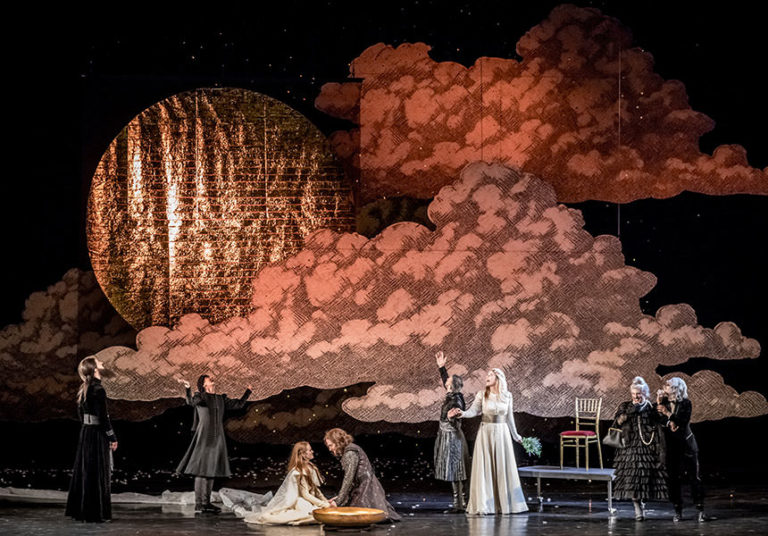